7 Successful Men Who Faced Challenges (and How They Overcame Them) 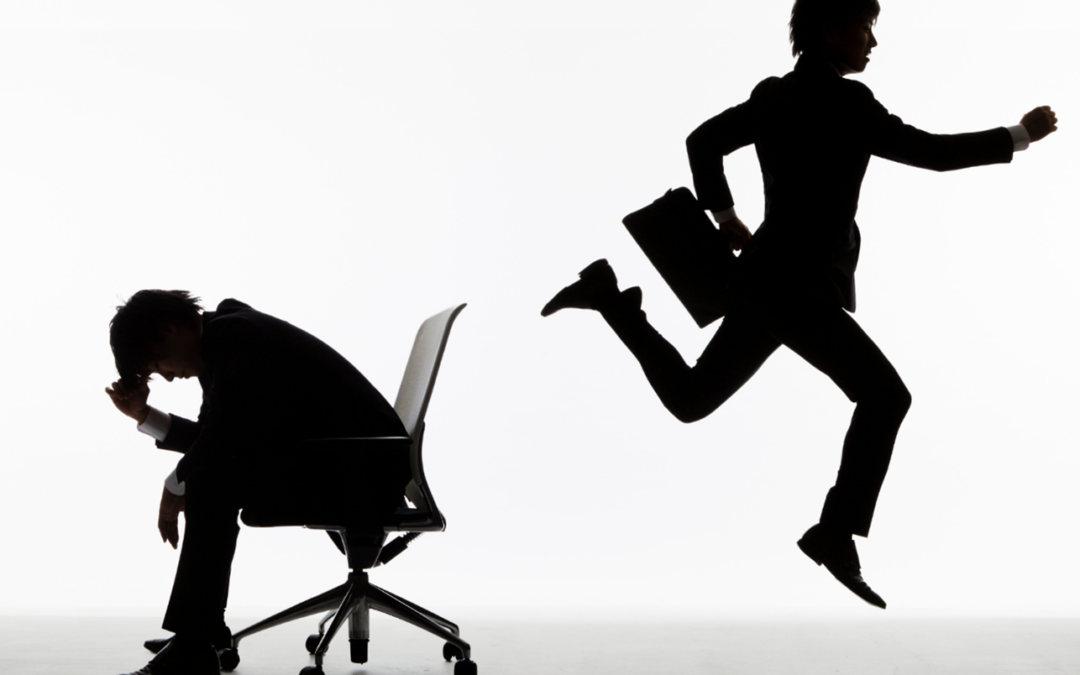 “It is your reaction to adversity, not the adversity itself, that determines how your life’s story will develop.” — Dieter F. Uchtdorf

The road to success is filled with all types of challenges. These may include health, financial, business and personal stumbling blocks. How will you handle adversities when (not if ) they come your way?

When you see successful men on television, they seem like they are on top of the world. Most are well-dressed, upbeat and living a life that most people can’t imagine.

If you study their paths to greatness, you will get a different view. Many have experienced devastating losses and setbacks that could have made them quit. But they persevered in spite of these challenges.

Regardless of the industry, people who are successful have one thing in common – they view a challenge as something to overcome. Let’s explore 7 successful men who faced adversity and how they bounced back.

Who is David L. Steward? As the founder of World Wide Technology, David L. Steward became a power player in the technology industry. Throughout his career, he has held several senior-level management positions. David was recognized as one of the few black billionaires on the Forbes 400 List.

What challenges did he face? David L. Steward faced tough times when he set out on his own to start World Wide Technology. Many times, he wasn’t able to pay himself. In the early days, his vehicle was repossessed from the parking lot at his company’s office.

How did he overcome these challenges? Growing up in the segregated south taught him how to find purpose in hardships. David’s vision for his company and belief in himself led him through the tough times.

Words of wisdom from David L. Steward: “The adversities I encountered during my youth served as my training ground for hard times I eventually faced as a struggling entrepreneur.”

Who is Steve Jobs? Many people know Steve Jobs as one of the founders of Apple computers. He was also an investor, media proprietor, industrial designer and majority shareholder of Pixar.

What challenges did he face? Imagine getting ousted from the company that you helped develop. That is just what happened in 1985 when Steve Jobs was fired by the Board of Directors at Apple Computers.

How did he overcome these challenges? After he left Apple, Steve Jobs started new companies – NeXT and The Graphics Group (now Pixar). He helped produce several animated blockbusters including Toy Story.

Words of wisdom from Steve Jobs: “Don’t let the noise of other’s opinions drown out your own inner voice.”

Who is Daymond John? You may know Daymond John as one of the investors on Shark Tank. However, he is also one of the founders of the wildly successful FUBU brand. He and his business partners founded this brand in his home in Queens, New York in 1989.

What challenges did he face? At the height of his career, Daymond was a husband and father of two girls. He traveled a lot and was away from home for 6 months at a time. As a result, his wife decided to divorce him.

How did he overcome these challenges? This personal setback caused Daymond to take stock of his life and redefine success. He began to place more value on his relationships with family and friends.  Daymond began to focus on giving back and teaching other people everything he learned as an entrepreneur.

Words of wisdom from Daymond John: “I think it’s only failure if you put the word failure on it. I think it’s part of the process of learning.”

Who is Sean ‘Diddy’ Combs? Sean Combs is an entrepreneur who is best known as the founder of Bad Boy Records and Sean John clothing. He is also an actor, record producer, songwriter, musical artist and entrepreneur.

What challenges did he face? At the start of his career, Sean worked as an intern for Andre Harrell at Uptown Records. He was quickly promoted to an A&R position and executive producer within the company. Due to artistic differences, Andre Harrell fired Sean in 1993.

How did he bounce back? After he was fired, Sean started Bad Boy records. He developed top artists including Mary J. Blige, Usher, Faith Evans, The Notorious B.I.G. and Mase. The talents that he developed at Uptown made him a wildly successful entrepreneur.

Words of wisdom from Sean ‘Diddy’ Combs: “Success doesn’t just land on your lap. You have to work, work, work and work some more.”

Who is Chris Motley? As the founder of Mentor Spaces, Chris Motley wants to help diverse students and professionals get access to opportunities. Chris is a former Goldman Sachs employee and a graduate of Kellogg School of Management. He prioritizes building companies that are purposeful and mission driven.

What challenges did he face? Chris and his team launched Mentor Spaces in March 2020 at the beginning of the pandemic. The timing of the launch posed challenges because the U.S. was in the midst of a lockdown.

How did he bounce back? Chris had to expand his vision for the company. He decided to focus on filling the networking gap in communities of color through mentorships. In addition, he moved his company from Chicago to St. Louis to access better funding opportunities.

Words of wisdom from Chris Motley: Find investors who have taken the path of the entrepreneurial journey. It’s important to partner with people who understand your narrative.

Who is Marvin R. Ellison? As the President and CEO of Lowe’s, Marvin R. Ellison is one of the few black executives to lead a major corporation. Marvin has more than 35 years of experience in operational and retail leadership.

What challenges did he face? As the leader of Lowe’s, he and his team are tasked with improving the company’s financial performance, employee culture and shareholder return.

How did he address the challenges? He identified Lowe’s core customers. His goal is to find ways to meet their needs. In addition, he is helping the company return to its core retail business.

Words of wisdom: We must not only compete, but we must also leverage our capabilities to win.

What challenges did he face? Vioxx is a drug that is manufactured by Merck & Company. The company faced several lawsuits against claims that Vioxx caused strokes and heart attacks. Kenneth Frazier oversaw the defense claims.

How did he overcome the challenges? He decided that Merck & Company should fight some of the cases in court and settle the federal class action lawsuit. This decision saved billions of dollars and earned a promotion for Kenneth Frazier.

Words of wisdom: “One of the challenges associated with a company becoming large is that companies become hierarchical. They become bureaucratic. They become slow. They become risk averse.”

Interested in developing the skills to overcome challenges in your career and personal life? The following resources can help.

About Corporate Counsel Men of Color