The Struggle is Real: When Your Young Child Meets a Racist 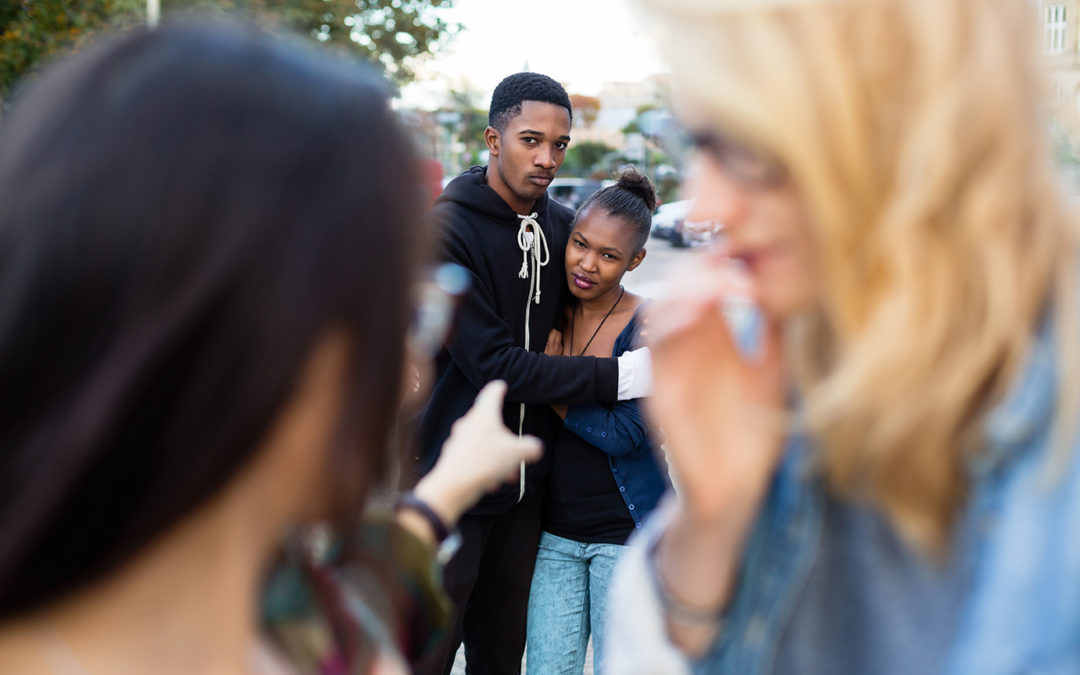 Today’s NYTimes features an article by Topher Sanders, a Black dad who, while watching his four year old son play in the playground, overheard a little girl tell his son “only white people can play” where he was playing. As his son happily ignores the girl and continues to play, the father struggles with balancing his instinctive angry reaction to call out the girl and her mother with his understanding of how productive that would be. You can read the article here.

Sanders talks about something that so many of us know but don’t often articulate: the extra effort that black people make in order to make white people feel more comfortable around them, to make sure we all get along. As he explains, it is the Black man who smiles broadly when passing a white woman in the street or turns down the volume on the Kendrick Lamar song he is listening to lest he feed into the stereotype of the angry black man listening to rap music.

We do this as parents too. Here in NYC, we Black mothers do it when we have to politely explain to the white parents at pickup that we are also parents without adding that all Black women at pick up are not automatically there to pick up someone else’s child. When we choose to make kindergarten parent teacher conferences a mother’s focus (do both parents really have to show up to hear that the block playing is going well?) and remain polite when we realize the assumption is that we are raising our children alone and not by choice. When a group of us are gathered together at a school parent’s association meeting and at some point can feel obligated to spread out and mingle with the white parents when no group of white parents feel the same obligation.

Call it self preservation, paranoid, soft, call it being too tired at any given moment to take on the enormity of dealing with racist or biased behavior when you are just trying to raise your kids and live your life right, but it is real. We all have personal limits of how much of this we can do and take, and we figure out coping strategies for the effects of the anger/annoyance/disappointment we swallow in the process.

But the game changes when our young children are subjected to such behavior, doesn’t it? Or does it? Sanders weighed the impact of going postal on his son’s ability to enjoy playground time in the future. While he chose not to confront the child or her mother in that instance, after further analysis he vows to step in next time and calmly but clearly explain to the children that this behavior is unacceptable. He concludes “I have to model for my children ways for them to confront racism without going all scorched earth. They need to see from their parents how to speak to ignorance, wield their dignity and push back against individual and systematic efforts to define, limit and exclude them.”

Well said, Topher Sanders, and we parents will have to work hard to hold ourselves to this standard. When I learned from a teacher that my second grade son was being plagued by classmates touching his hair without his permission, it was all I could do not to insist that these kids be identified so I could have a chat with them and their parents. But a combination of the fact that the teacher handled it quite well (encouraging my son to address the entire class about why he didn’t want them touching his hair, and turning it into a lesson on celebrating people’s differences and being sensitive about them), and my ability to talk about this event with my son and see that at the end of the day he felt empowered rather than alienated, helped me to stand down. But it was tough. While the scorched earth approach would have made me feel better instantly, it could have had a much less productive outcome for my son.

It helps for us parents to talk with one another about these incidents, to arm ourselves with scripts and scenarios for future encounters. While calm and collected dignity can often be the better way to go, there are times when scorched earth is the necessary approach.